On March 31st 1959, on a working journey to learn about the socio-economic development in a number of North Eastern islands of the North after liberation, Uncle Ho paid a visit to cadres and people of Cat Hai, Cat Ba. The event is a priceless reward to the Party, army and people of the island district, it is also his infinite care for fellow citizen and soldiers who are living and working in remote islands. 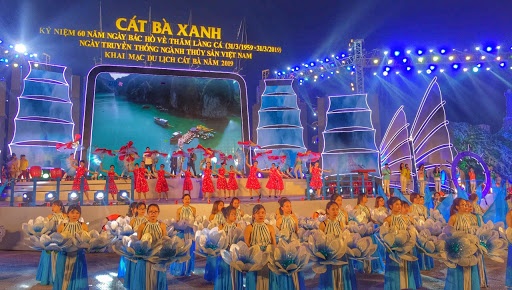 The working visit has been a remarkable memory which can not be faded in the minds of Cat Hai’s militants and people. In addition, the day has been not only a local revolutionary mark but also of the national fishery.

In order to show the local great attitude to Uncle Ho thanks to his visit, the date of March 31st has been decided to be a traditional festival of Cat Hai’s people. Annually, the local authority celebrates the date with various exciting activities, including the notably dragon boat racing on the sea with participation of local fishermen.