Hanoi, famous for its iconic lager (bia hoi), was the best beer destination in Vietnam endorsed by global travelers, according to online travel agency Booking.com.

Hanoi, home to one of the first breweries in Vietnam under French colonial rule in the late nineteenth century, “is a must-visit beer haven where you can see beer lovers sitting on plastic stools with a pint of bia hoi in hand,” U.S.-based Booking.com said in a statement. 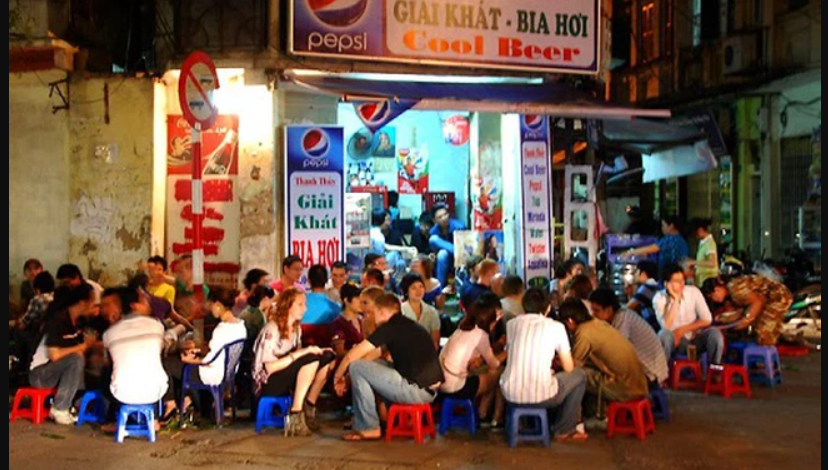 The survey was conducted among a sample of adults who have traveled for business or leisure in the past 12 months, and must be planning to travel in the next 12 months. In total 47,728 respondents across 28 countries and territories were polled.

Among Vietnamese beer destinations favored by global travelers, Hanoi is followed by HCMC, Hoi An, Nha Trang and Da Nang.

The first brewery in Hanoi opened in the 1890s. After the Hanoi beer brewing factory was set up, beer culture caught on quickly. Bia hoi, roughly translated as fresh beer, is locally-brewed and made fresh every day, containing only 3 percent alcohol.

According to Booking.com, the intersection of Ta Hien and Luong Ngoc Quyen streets in Hanoi’s Old Quarter, dubbed a ‘beer hub,” is a famous address to enjoy ice-cold glasses of bia hoi on plastic chairs, which has become part of Hanoi culture.

The area is home to dozens of bars, restaurants and street beer stalls, which were often fully packed up until 1-2 a.m. before the pandemic broke out in Vietnam. Most bia hoi joints also serve inexpensive street food like prawns barbecued with chili and salt, clams steamed with lemongrass, or green mango with a prawn-chili-salt dip.

Vietnam consumed more than 4.6 billion liters of beer in 2019, an increase of more than 10 percent from 2018. The country spends an average $3.4 billion on alcohol each year, translating to $300 per capita, according to the Ministry of Health.